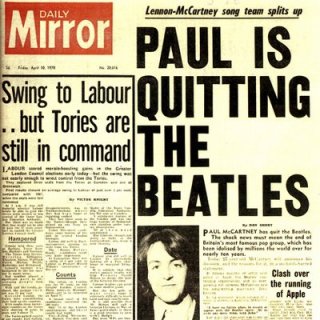 This week in 1970 saw the end of the (long and winding) road for the Beatles. Here are some things that you probably don’t know about the Fab Four:

2. Before choosing the name “The Beatles” they were called “Johnny And The Moondogs”.